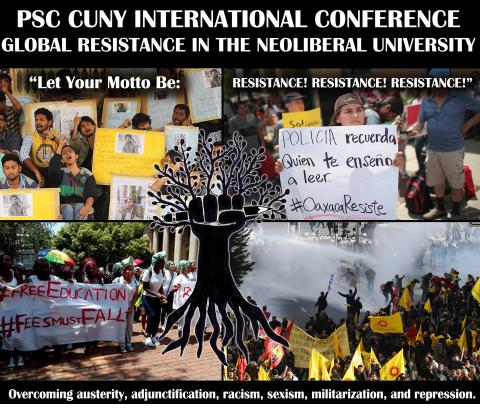 As the Professional Staff Congress builds resistance at CUNY to the university of the Trump era (world-wide neofascism, more oppressive every day), we organize under the motto of the anti-slavery militant Henry Highland Garnet. This union conference aims to build international teacher solidarity. Speakers from teacher struggles in South Africa, India, Mexico, Puerto Rico, and Turkey will join their stories to ours and work with us on common problems and radical possibilities.